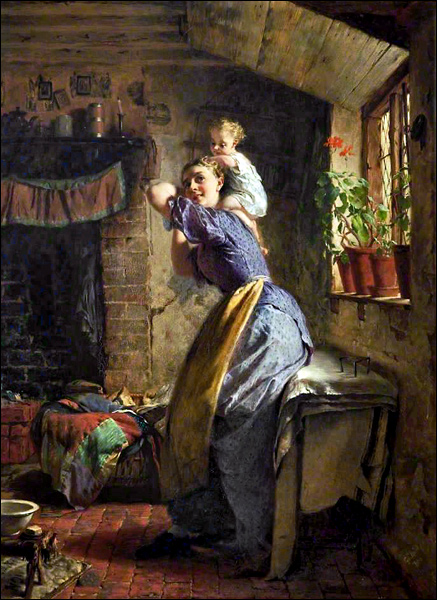 George Hicks was from a wealthy family, trained as a doctor but took up painting instead. He was a first rate genre painter and, late in his career, a portraitist. Hicks was successful, married, had eight kids, lived a good life. He died in 1914 at age 90.