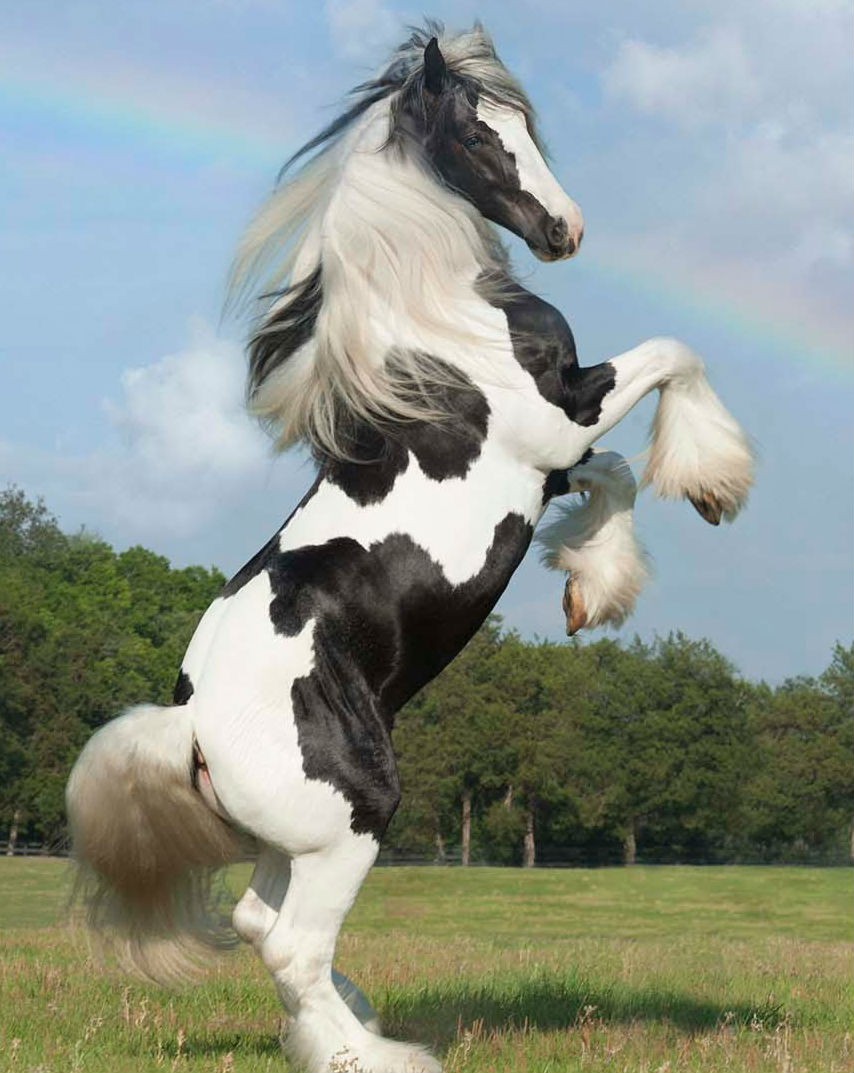 A recipe for a Cob horse: Irish Draft, Hunter, and sometimes even Shire horses, crossed with Thoroughbreds can result in a good stamp of Cob.

By Abigail in Homeschool, Nature on June 19, 2018
No comments

A Cob is another anomaly that is not set breed but rather a type, despite the fact that it has easily recognized characteristics in much the same way as true breeds do.  The difference is that an infinite variety of crossbreeds can be used to produce the stamp of horse that is recognized as a Cob.

A recipe for a Cob horse: Irish Draft, Hunter, and sometimes even Shire horses, crossed with Thoroughbreds can result in a good stamp of Cob.  The point of breeding a Cob was to produce a strong, sound, active, sensible, and not overly large horse that would be cheap and easy to keep while being adaptable enough to ride as a hack (meaning, a horse you ride for light exercise), or hunter, or to drive.

Cobs are stockily built with a big body set on short, powerful legs.  They vary quite considerably within their recognized type:  Some are quite plain and perhaps a little too “roly-poly” in shape; others are really smart, with quality heads and powerful but active paces.  For showing purposes, a Cob should have bone and substance but also quality, and should be capable of carrying a substantial weight.  The head may be Roman nosed, but should be set on a crested neck.

A good Cob should be a very smart little horse with a jaunty, jolly character; good, low paces; and a powerful jump.  They make very popular hunters despite not possessing great speed.  They are comfortable, tough, easy to manage. and can usually take on a hedge with the best of them!

Not sure why, but I was unable to find images of Cobs that were not heavy horses.