Enjoy a few pictures of one of Northern Germany many picturesque towns: Quedlinburg in the East-Harz, a UNESCO World Heritage site.

The Harz mountains, an odd little outcropping of hills in otherwise rather flat Northern Germany, has a lot in common with Appalachia, though not its size.  It is a beautiful, relatively small region with an interesting history, and my ancestors on my maternal grandmother’s side come from this area.  Have a look at a few pictures of one of its many picturesque towns: Quedlinburg, a UNESCO World Heritage site in Saxony-Anhalt, Germany, i.e. in the East-Harz.

Little canals like this one are found in many Harz villages, Goslar in the West-Harz among them.  In fact, this is how local rivers are led through town. 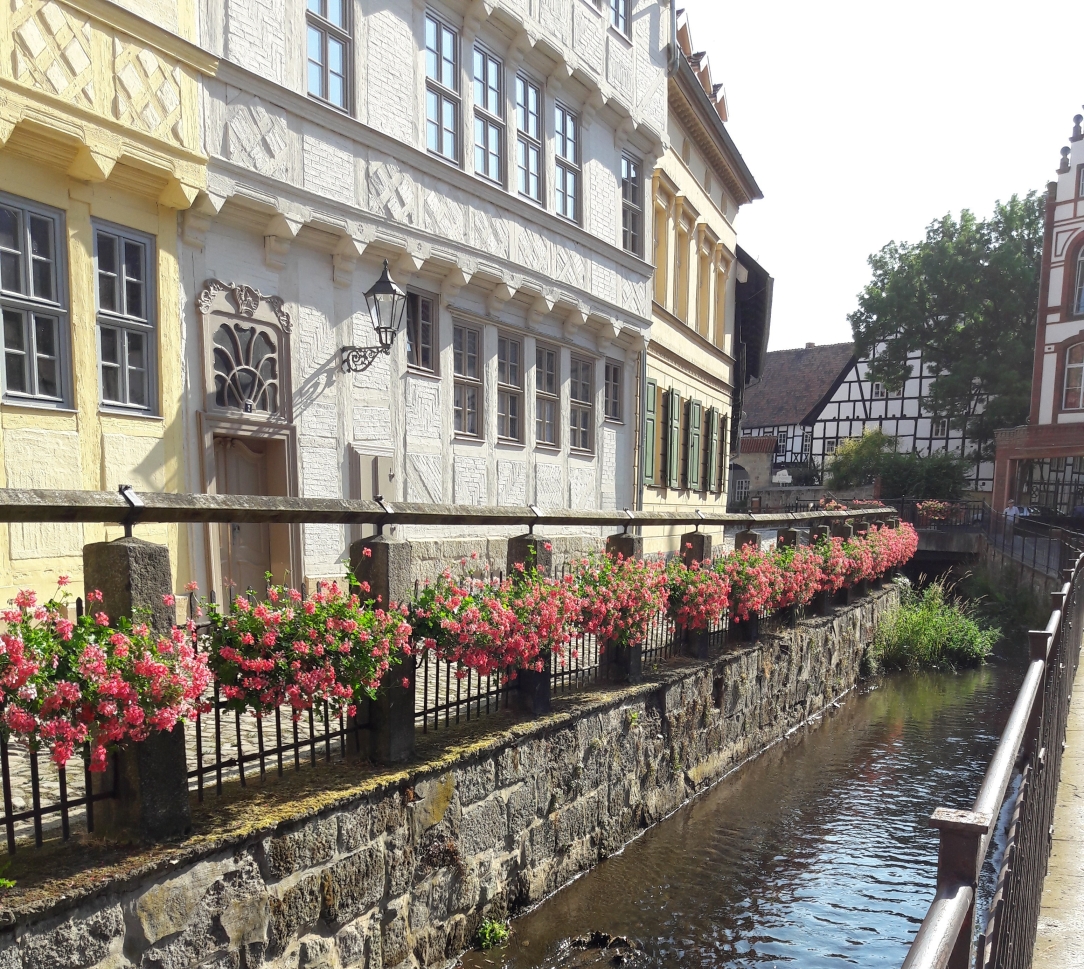 The famous Burg.  From the Wiki:

The Quedlinburg castle complex, founded by King Henry I and built up by Emperor Otto I in 936, was an imperial Pfalz of the Saxon emperors. The Pfalz, including the male convent, was in the valley, where today the Roman Catholic Church of St. Wiperti is situated, while the women’s convent was located on the castle hill.

Here is a view of the market square of Quedlinburg.

Quedlingburg, too, much like Bremen, Germany, has a Roland, but a slightly smaller one. 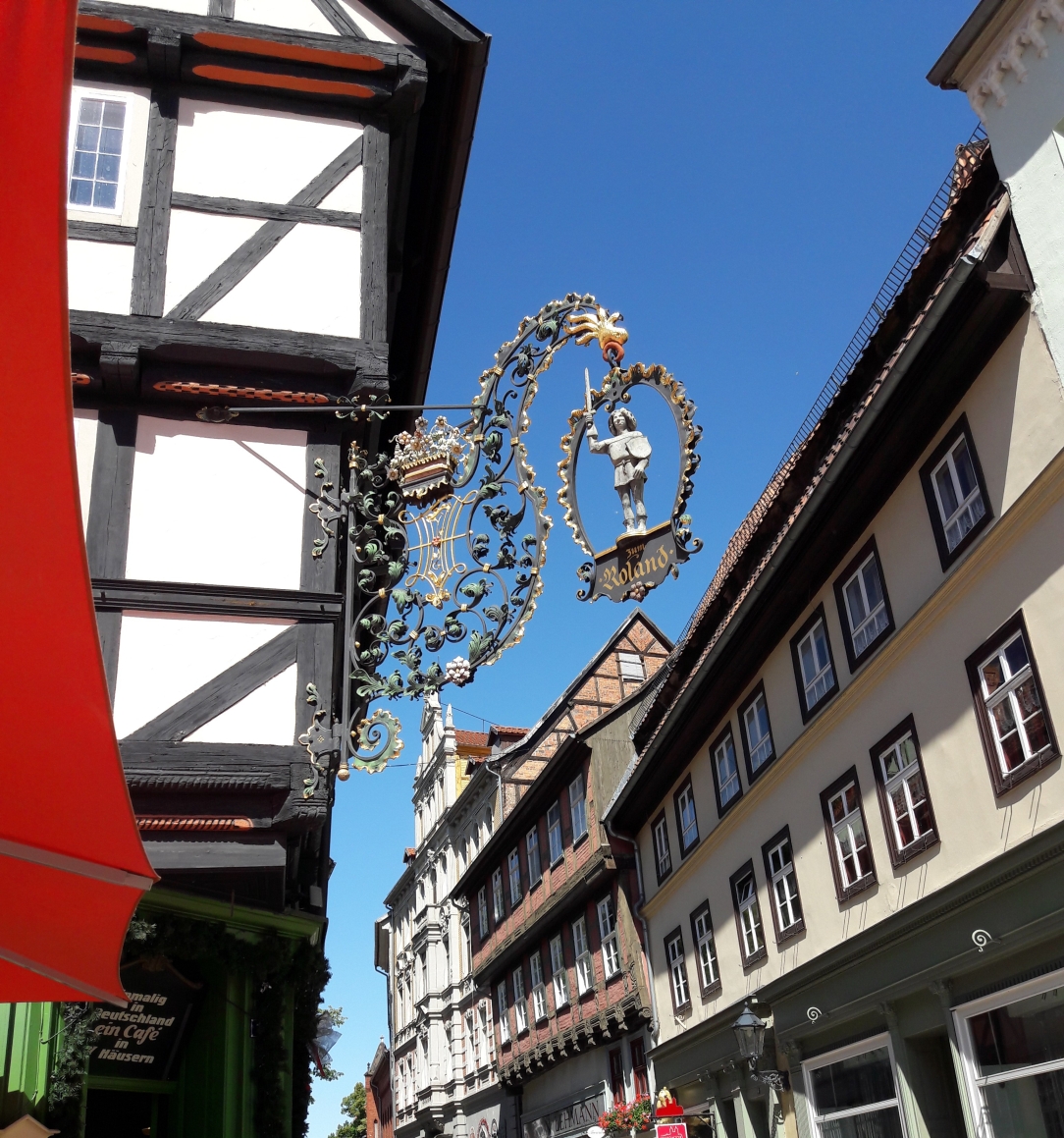 Pretty Fachwerk, timber framing, can be seen everywhere in this little town.  The Wiki says:

During Quedlinburg’s Communist era, restoration specialists from Poland were called in during the 1980s to carry out repairs on the old architecture. Today, Quedlinburg is a center of restoration of Fachwerk houses.

All images courtesy of my Mother Dear.