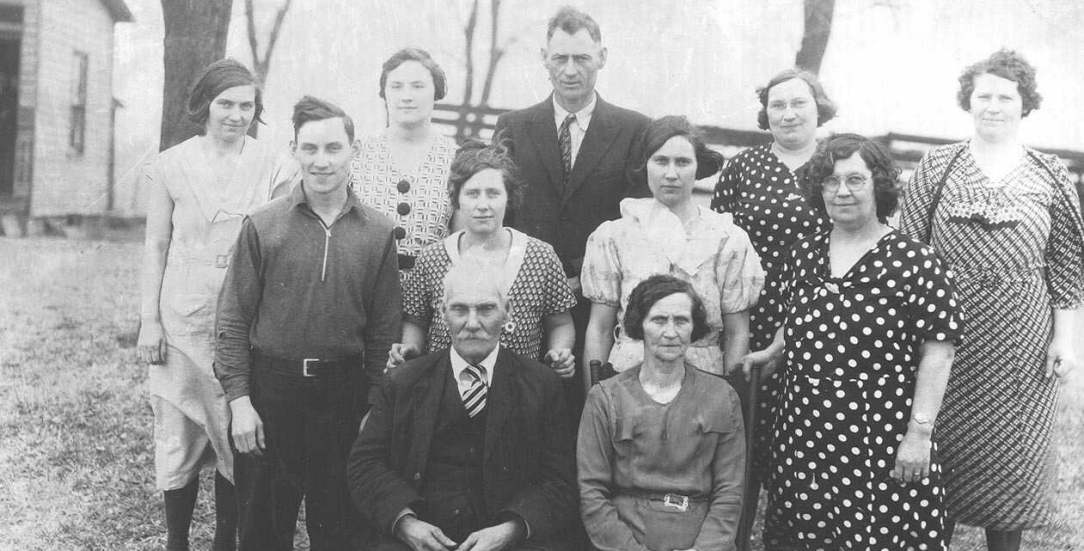 Today, we wish to remember our (2nd) great grandfather Harvey Hamilton Lindsey, father of Grandma Irene who is standing right behind her father in the family photo featured above.  He would have celebrated his 155th birthday this week!

Harvey Hamilton Lindsey was born on 11 March 1864, in Hocking County, Ohio, to Samuel Lindsey and Mary Elizabeth Skinner, the 5th of eight children.  Records indicate that he might have had a twin brother who possibly died early.

He married Susannah Long on 29 March 1889.  They had 17 children, 12 of whom reached adulthood.  Here is a newspaper clipping regarding their Golden Wedding Anniversary:

Five years after their 50th wedding anniversary, Harvey Hamilton died on 21 April 1943 at the age of 79, having lived all his life in Fairfield County, OH, as did his daughter Irene after him.  He lies buried in Hopewell Methodist Episcopal Cemetery in Clearport.  This is the inscription on his grave marker.  Note the discrepancy in his birth year.

Rest in Peace, dear Great-Grandpa Harvey Hamilton.  Your picture on our fridge makes sure that you are not forgotten.