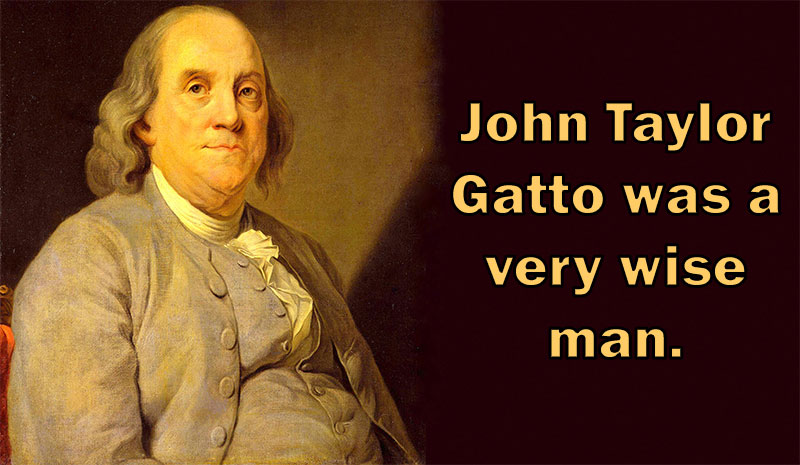 John Taylor Gatto was an American author and school teacher who taught in the classroom for nearly 30 years.

“As a writer, politician, scientist, and businessman, [Benjamin] Franklin had few equals among the educated of his day-though he left school at ten. (…) Boys like Andrew Carnegie who begged his mother not to send him to school and was well on his way to immortality and fortune at the age of thirteen, would be referred today for psychological counseling; Thomas Edison would find himself in Special Ed until his peculiar genius had been sufficiently tamed.”