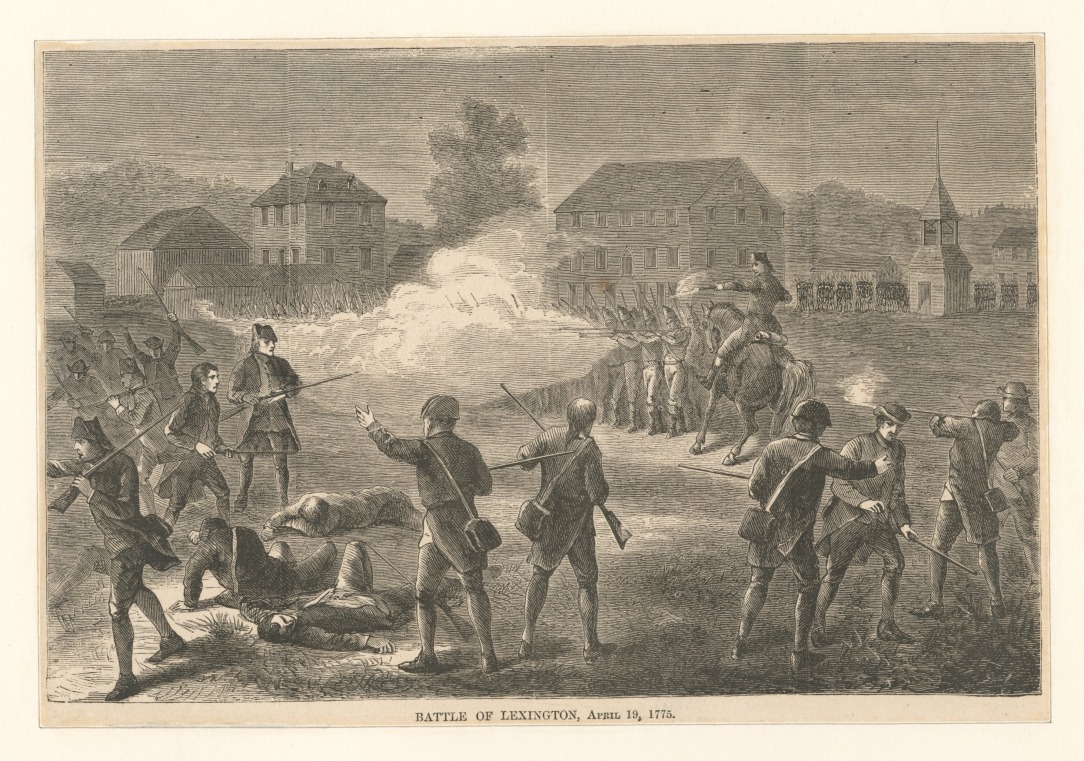 He probably did not fire the shot that was heard around the world, but Great-Grandpa Lt. Robert Andrews took part in the Battle at Lexington on 19 April 1775.

Our 7th and 8th great-grandfather Robert Andrews was born on 19 June 1735 in East Glastonbury, Connecticut, to Elisha Andrews and his wife Ruth, who was of the Loveland family.  As far as we know, he had three brothers and one sister.  The Andrews family had been living in the New World since 1637, arriving in Massachusetts and going on to co-found Hartford, CT.

Robert became a lieutenant in the military.  He married Delight Kellogg on 4 March 1756 in Colchester, CT, and the two of them had seven children, at least four of whom lived to adulthood.

As the dates given suggest already, Robert fought in the Revolutionary War, to be precise, he took part in the Battle of Lexington, MA as a lieutenant on April 19, 1775, when he was 39 years old.  Robert survived the battle and the Revolutionary War, and lived on to see the first decades of American Independence and the new century.

Lt. Robert Andrews died this day 208 years ago, on 16 August 1811 in Pittsford, Vermont, at the age of 76.  He was laid to rest there, too.  Rest in Peace, Great-Grandpa Robert.  History becomes personal for us because of you.