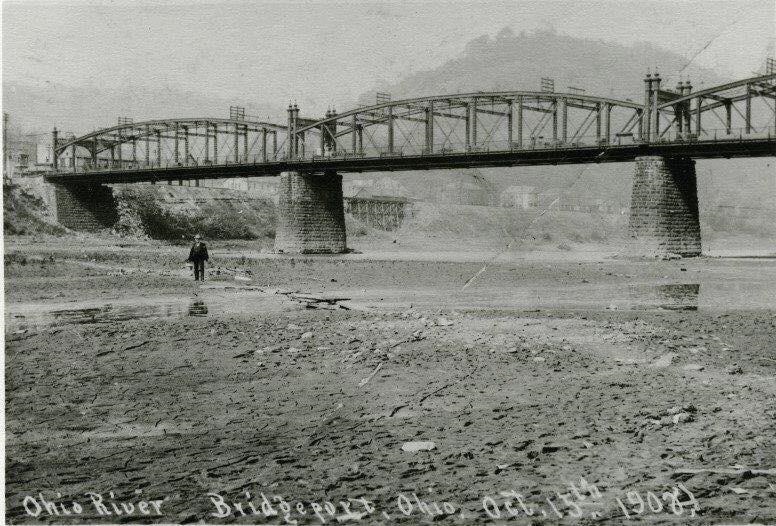 So what’s the truth of this highly debated and much shared photograph?

The sight is nothing short of spectacular: A crinkled postcard of what appears to be a dried riverbed with the words, “Ohio River: Bridgeport, Ohio, Oct. 15th, 1908”. Typically this image is displayed online with some type of annotation declaring that the Ohio River had actually dried up in this image.

Though it is not true that the Ohio River has ever “dried up” in modern history, in the autumn of 1908, the river did reach unbelievably low water levels — so much so that it is still being talked about more than a century later.

So what’s the truth of this highly debated and much shared photograph?