I had already written a post for today when a dear friend sent me a link to this blog post.  It appears two of J.R.R. Tolkien’s poems that were printed in the annual magazine of an Oxfordshire Catholic high school in 1936 came to the attention of the press, one called The Shadow Man, the other Noel.  The Shadow Man was published later in a different form as we pointed out recently, but I had not heard of “Noel”, or at least, I do not remember reading it.  Since Christmastide ended only yesterday with Epiphany, let’s have one last Christmas poem for this season, and maybe not the most commonplace one.  Enjoy!

Grim was the world and grey last night:
The moon and stars were fled,
The hall was dark without song or light,
The fires were fallen dead.
The wind in the trees was like to the sea,
And over the mountains’ teeth
It whistled bitter-cold and free,
As a sword leapt from its sheath.

The lord of snows upreared his head;
His mantle long and pale
Upon the bitter blast was spread
And hung o’er hill and dale.
The world was blind, the boughs were bent,
All ways and paths were wild:
Then the veil of cloud apart was rent,
And here was born a Child.

The ancient dome of heaven sheer
Was pricked with distant light;
A star came shining white and clear
Alone above the night.
In the dale of dark in that hour of birth
One voice on a sudden sang:
Then all the bells in Heaven and Earth
Together at midnight rang.

Mary sang in this world below:
They heard her song arise
O’er mist and over mountain snow
To the walls of Paradise,
And the tongue of many bells was stirred
in Heaven’s towers to ring
When the voice of mortal maid was heard,
That was mother of Heaven’s King.

Glad is the world and fair this night
With stars about its head,
And the hall is filled with laughter and light,
And fires are burning red.
The bells of Paradise now ring
With bells of Christendom,
And Gloria, Gloria we will sing
That God on earth is come. 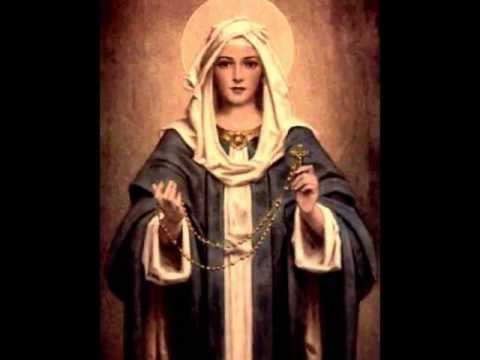