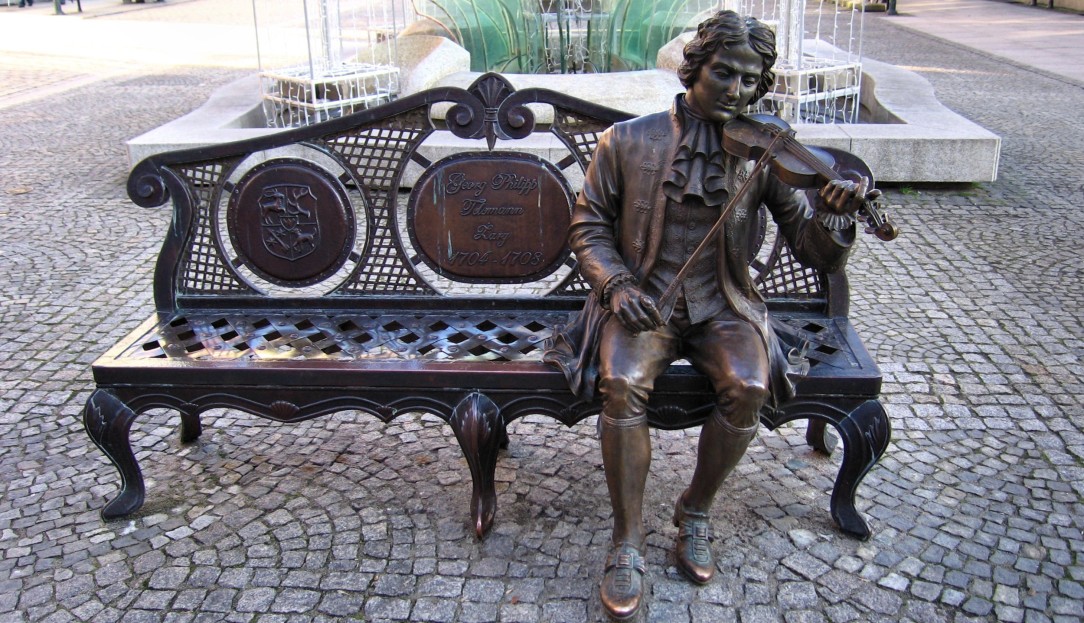 Chamber music is on the menu today.

Performed by the Freiburger BarockConsort.

Georg Philipp Telemann (1681 – 1767) was a largely self-taught German Baroque composer and multi-instrumentalist.  His contemporaries considered him to be one of the leading German composers of the time, and compared him favorably both to his friend Johann Sebastian Bach, who made Telemann the godfather and namesake of his son Carl Philipp Emanuel, and to Georg Friedrich Händel, whom Telemann also knew personally.

The featured image shows the Telemann bench in the Polish town of Żary, located in the east of the historic Lower Lusatia region, in the borderland with the Silesian lowlands and Greater Poland, in other words, close to Germany’s eastern border.  Telemann lived and worked in Żary for four years, from 1704 to 1708.