Atmosphere. It bypasses cerebral knowledge and speaks instead to different levels within Man.

I remember this painting from way back when.  There is nothing more moody or enchanting than predominantly blue paintings with a little yellow…

Carl Gustav Carus (3 January 1789 – 28 July 1869), German painter of the Romantic era from Leipzig, Germany, was a friend of Johann Wolfgang von Goethe‘s and, much like Goethe, a many-sided man: a doctor, a naturalist, a scientist, a psychologist, and a landscape painter who studied under Caspar David Friedrich.  In the latter capacity, we meet him today.  Many of his works are well worth attention, so the ones presented here are just meant as examples and incentives to look at Carus further.  I’ll add another one that I particularly like for its atmosphere.  It speaks of the Cistercians and reminds me of a place close to where I grew up, the Kloster Hude: 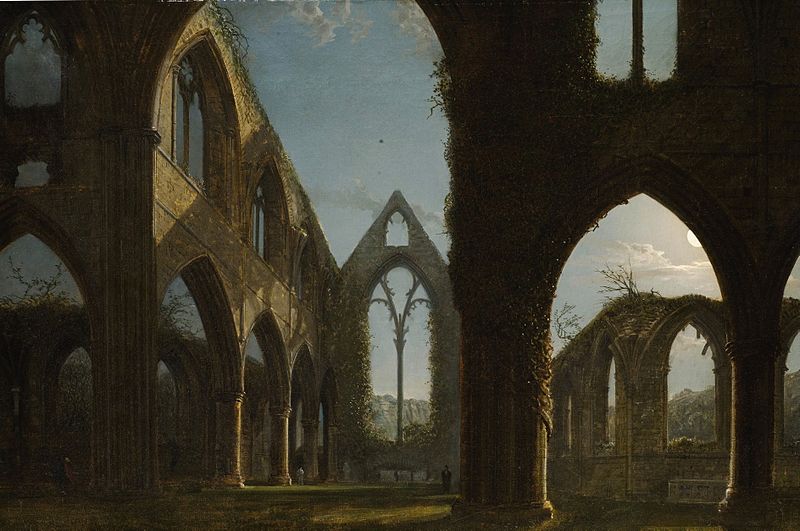 According to the Wiki, Uncle Carl credited Carus with pointing to the unconscious as the essential basis of the psyche.  It reflects in his paintings, I dare say.

Although various philosophers, among them Leibniz, Kant, and Schelling, had already pointed very clearly to the problem of the dark side of the psyche, it was a physician who felt impelled, from his scientific and medical experience, to point to the unconscious as the essential basis of the psyche. This was C. G. Carus, the authority whom Eduard von Hartmann followed.

Featured:  Crop of Carus’ painting of a Stone Age Mound.