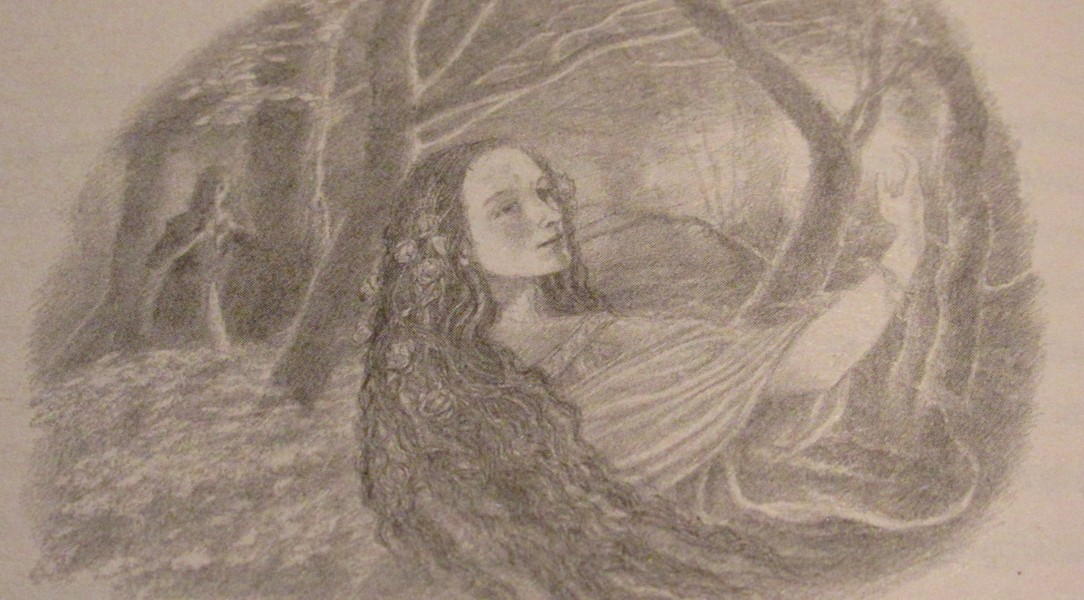 Our Own Dear John Ronald: The Power of Song

Have we forgotten, or do we just habitually underestimate the power of song?

There Beren lies.  His grief no tear,
his despair no horror has nor fear,
waiting for footsteps, a voice, for doom.
Silence profounder than the tomb
of long-forgotten kings, neath years
and sands uncounted laid on biers
and buried everlasting-deep,
slow and unbroken round him creep.

The silences were sudden shivered
to silver fragments.  Faint they quivered
a voice in song that walls of rock,
enchanted hill, and bar and lock,
and powers of darkness pierced with light.
He felt about him the soft night
of many stars, and in the air
were rustling and a perfume rare;
the nightingales were in the trees,
slim fingers flute and viol seize
beneath the moon, and one more fair
than all there be or ever were
upon a lonely knoll of stone
in shimmering raiment danced alone.

Then in his dream it seemed he sang,
and loud and fierce his chanting rang,
old songs of battle in the North,
of breathless deeds, of marching forth
to dare uncounted odds and break
great powers, and towers, and strong walls shake;
and over all the silver fire
that once Men named the Burning Briar,
The seven stars that Varda set
about the North, were burning yet,
a light in darkness, hope in woe,
the emblem vast of Morgoth’s foe.

‘Huan, Huan!  I hear a song
far under welling, far but strong
a song that Beren bore aloft.
I hear his voice, I have heard it oft
in dream and wandering.’ Whispering low
thus Lúthien spake.  On the bridge of woe
in mantle wrapped at dead of night
she sat and sang, and to its height
and to its depths the Wizard’s Isle,
rock upon rock and pile on pile
trembling echoed.  There werewolves howled,
and Huan hidden lay and growled
watchful listening in the dark,
waiting for battle, cruel and stark. 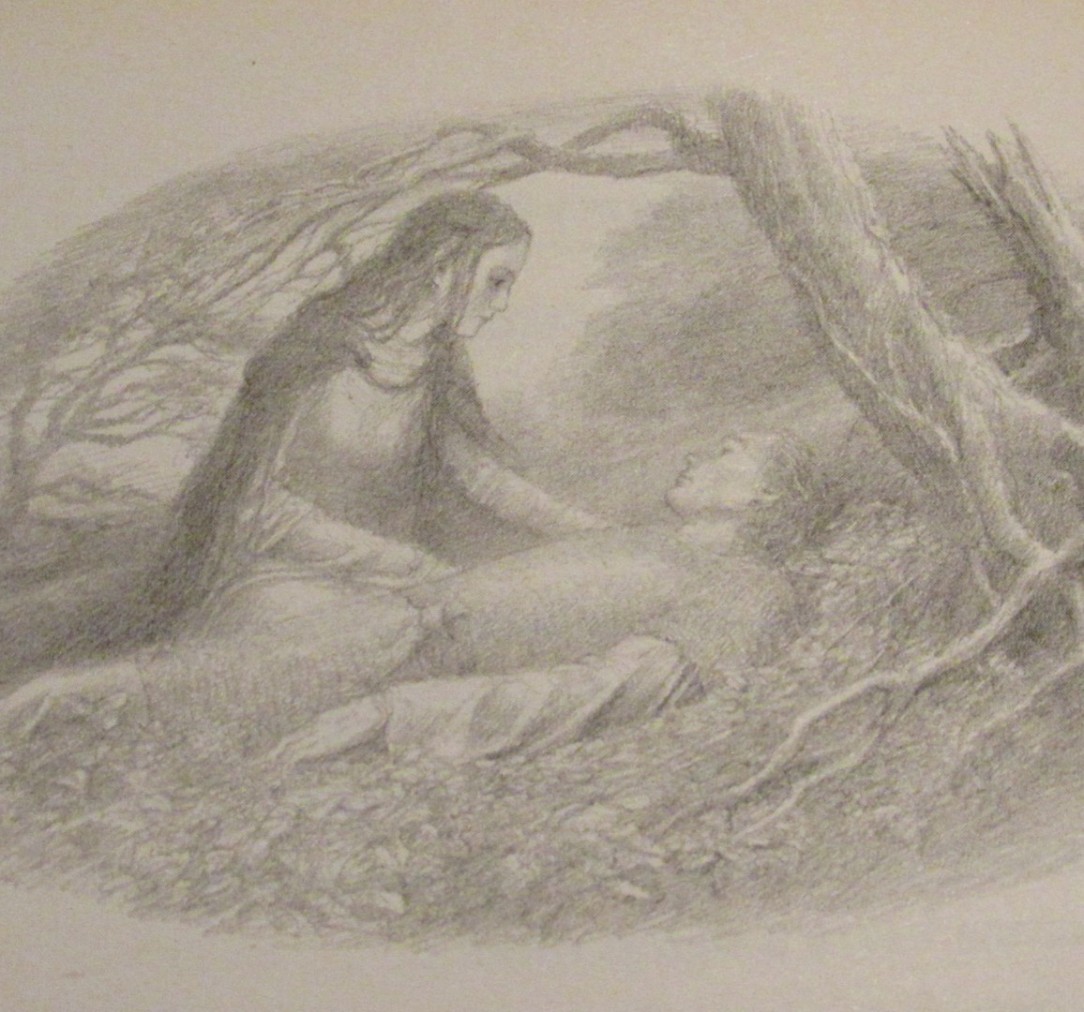 ~ From J.R.R. Tolkien: The Lay of Leithian.  Illustrations by Alan Lee

4 comments on “Our Own Dear John Ronald: The Power of Song”