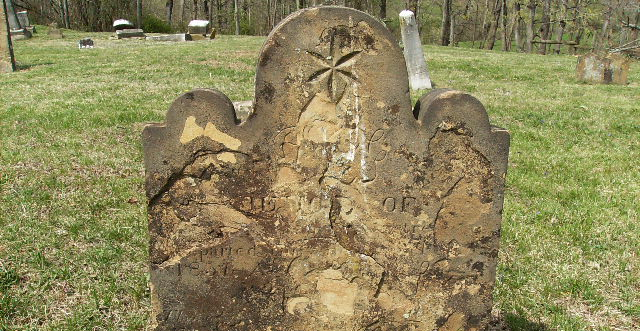 People endure much in life.  Let us not forget them and their stories.

By Anne in Family History, Genealogy, History, Homeschool on February 21, 2020February 20, 2020
No comments

When Margaret Ann George was born on 16 May 1760 in Bedford, PA, little did she know that by the age of 16, her colony would become an independent country in its own right.

On 5 June 1778, she married Lt. John George Longstreth in Bedford, who had been a soldier when they married, and who continued to be a soldier off and on.  They had 11 children between 1778 and 1800, and their great-granddaughter Rebecca married William David Christman, our maternal 2nd (and 3rd) great-grandfather.  Margaret passed away this week 183 years ago, on 18 February 1837, in Deavertown, Ohio at the age of 76 years, and was buried there.

The family lived in Bedford, PA, so how can it be that Margaret ends up being buried in Morgan Township, Ohio, while John rests in Green County, PA?

There are two versions of the story of John and Margaret going around.  Their common denominator is that John, being a soldier, eventually stayed away from home for an unusually long time.  Apparently, he left in 1800 and was neither seen nor heard of for 17 years, and rumors reached Margaret that he was dead.

According to one version of the story, when other Longstreth family members moved to Ohio around 1820, Margaret and her children, thinking John dead and gone, went with them.  John, not at all dead, eventually returned home only to find his wife and children gone and nobody knew where they went, so John stayed in the Bedford area and died there in 1834.

The other version of the story says that Margaret, thinking her husband had died, married again (although we have found no record of this anywhere).  When John, after enduring many hardships and looking much like a tramp, returned home and asked for some food and a bed for the night, it was refused.  When he made himself known by asking for an apple from one of the trees he had planted with his own hands almost 20 years previously, Margaret recognized him and asked him to stay, but he did not, seeing how she had a new life now and not wishing to be in her way.  He left, and died a lonely old man in 1834.

The second common thing of the two stories is, obviously, that in either case John lived alone for the last years of his life and died at the age of 83.

Wherever the truth lies in these stories, in one or the other or some place in between, it appears their relationship was somewhat tragic towards the end.  People endure much in life.  Let us not forget them, their joys and their sorrows, and their stories.

Requiescat in Pace, Margaret and John.  We hope you found each other again on the other side.

** The featured image shows Margret’s original sandstone grave marker.  As can be seen, it is quite hard to determine what it once said. **