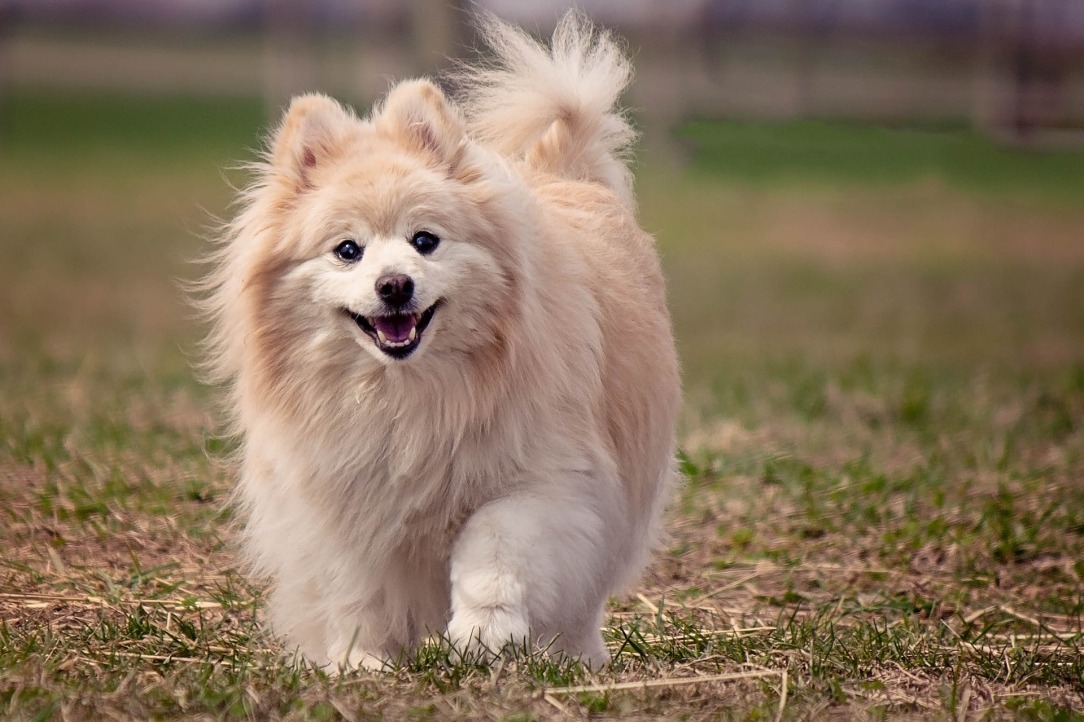 These little puffballs may seem like some Asian toy breed, but they are actually Spitz dogs from Germany, and they used to be much bigger.

These dogs, with their foxy faces and petite stature, have captured the hearts of many, even Queen Victoria!

The Pomeranian is a miniaturized relation of the powerful spitz-type sled dogs of the Arctic. The breed is named for Pomerania, the area of northeastern Europe that is now part of Poland and western Germany. It was there, hundreds of years ago, that the Pom’s ancestors were bred down from their much bigger, burlier cousins.

The Pom, also known as the Zwergspitz in some countries, is the smallest of the spitz breeds. With their elegant appearance and regal bearing, you might say Poms are “fit for a queen”—and you’d be right. The Pom’s popularity is largely due to Queen Victoria, who became smitten with the breed while visiting Florence, Italy. When the dog-happy Dowager Queen returned to Britain with Poms in tow, the breed’s fame was assured.

Victoria became a serious breeder and exhibitor of Poms. At the 1891 Crufts dog show, Victoria showed six of her breeding. One of her favorites, Windsor Marco, won first place in the breed. (A British historian wrote, “It would have been a brave judge to have placed her second.”) Victoria is credited for reducing the Pom’s size from about 30 pounds to their current toy stature. It was reported that as the aged queen lay dying in 1901, her favorite Pom, Turi, kept vigil at the foot of her bed.

Other historical figures of refined sensibilities who were Pom owners include Marie Antoinette, Emile Zola, and Wolfgang Amadeus Mozart.

The Pom should be trained to walk on a leash early on and taught to come when called.  It is also hard to housbreak him, so consistency and patience are key. It is important to keep your Pom from jumping on and off couches or beds, as they can injure joints or even break a bone. Poms are alert and highly intelligent, and they enjoy and can excel in canine activities like agility, rally, and obedience, or working as therapy dogs.

The Pomeranian is a compact, short-backed, active toy dog with Nordic descent. The double coat consists of a short dense undercoat with a profuse harsh-textured longer outer coat. The heavily plumed tail is one of the characteristics of the breed, which is set high and lies flat on the back. He is alert in character, exhibits intelligence in expression, is buoyant in deportment, and is inquisitive by nature. The Pomeranian is cocky, commanding, and animated as he gaits and in composition, he is sound.