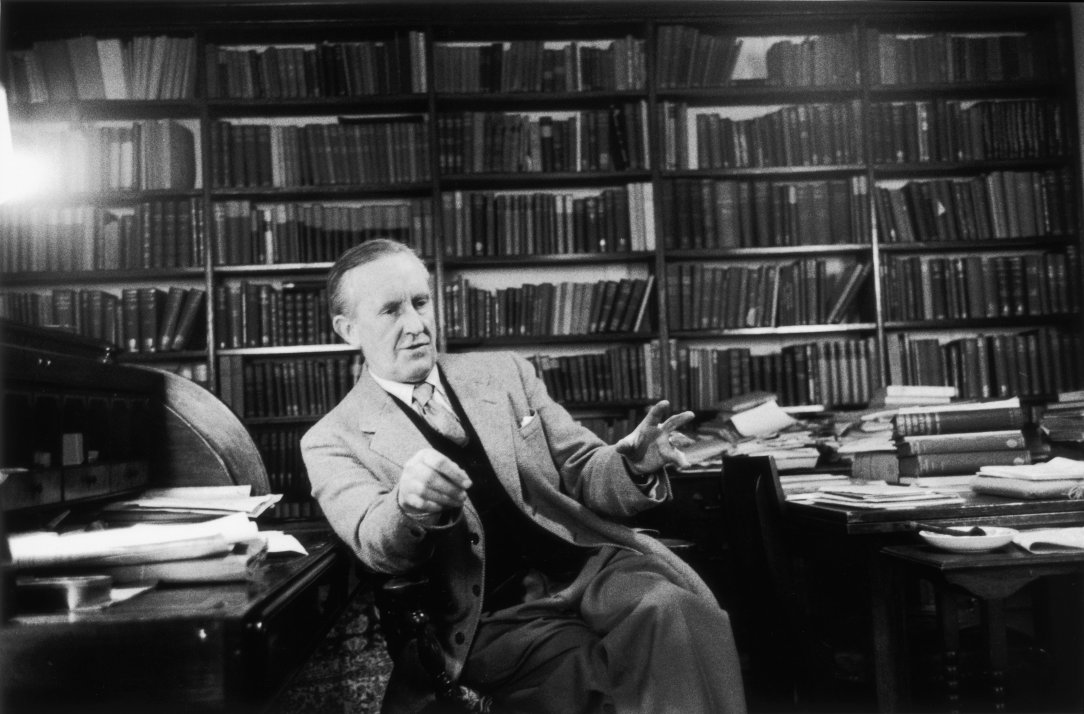 Our Own Dear John Ronald: Nothing Else Really Happened

The inner life, the life of the mind…

And after this, one might say, nothing else really happened.  Tolkien came back to Oxford, was Rawlinson and Bosworth Professor of Anglo-Saxon for twenty years, was then elected Merton Professor of English Language and Literature, went to live in a conventional Oxford suburb where he spent the first part of his retirement, moved to a nondescript seaside resort, came back to Oxford after his wife died, and himself died a peaceful death at the age of 81.  It was the ordinary unremarkable life led by countless other scholars; a life of academic brilliance, certainly, but only in a very narrow professional field that is really of little interest to laymen.  And that would be that – apart from the strange fact that during these years when ‘nothing happened’ he wrote two books which have become world best-sellers, books that have captured the imagination and influenced the thinking of several million readers.  It is a strange paradox, the fact that THE HOBBIT and THE LORD OF THE RINGS are the work of an obscure Oxford professor whose specialization was the West Midland dialect of Middle English, and who lived an ordinary suburban life bringing up his children and tending his garden.

But what this summary misses out (as Carpenter recognizes) is the inner life, the life of the mind, the world of Tolkien’s work, which was also – he refused to distinguish the two – his hobby, his private amusement, his ruling passion.

If Tolkien had ever been asked to describe himself in one word, the word he would have chosen, I believe, would be ‘philologist’.

The remark about ‘philology’ was intended to allude to what is I think a primary ‘fact’ about my work, that it is all of a piece, and FUNDAMENTALLY LINGUISTIC in inspiration…  The invention of languages is the foundation.  The ‘stories’ were made rather to provide a world for the languages than the reverse.  To me a name comes first and the story follows.

3 comments on “Our Own Dear John Ronald: Nothing Else Really Happened”